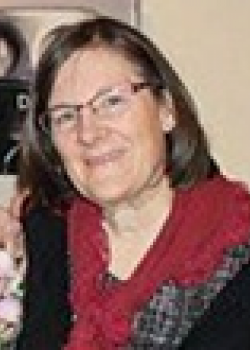 The Rev. Ann Molsberry became our Director of Children's Programs in July 2019.

Ann has served several UCC churches as Director of Christian Education for over 30 years. In 2001 she received the Excellence in Teaching Award at the 23rd General Synod of the UCC. She graduated from Eden Seminary and was ordained in the UCC in November 2008. She has also served as an interim minister at several churches, most recently in Tipton.

Ann preached here twice in the past year and is known to some of our members. She grew up in Iowa City and moved back here a few years ago. Ann and her husband, the Rev. Bob Molsberry, were married here by the late Rev. Ed Heininger.

We welcome Ann to this position and to our congregation.